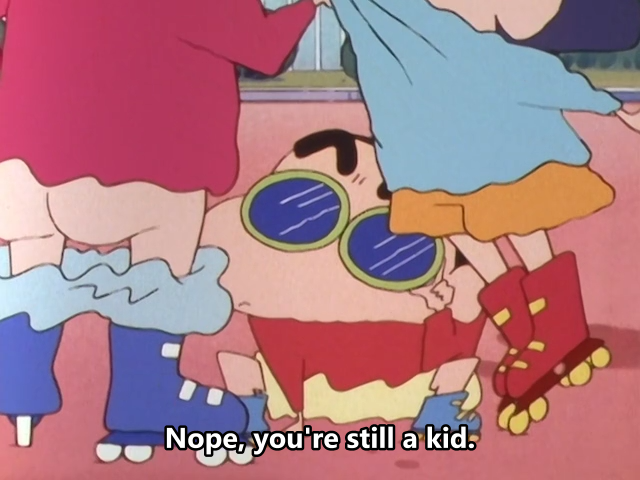 This time, PannenkoekenNL was gracious enough to help me with copying down the subs and doing the initial timing. More of these episodes are already in the works too!

Also, did you guys hear about series two of the Shin-chan Spin-off series? It’s titled “Toy Wars” (Omocha Wars) and it begins next week! It doesn’t look nearly as interesting as Alien vs Shinnosuke, and I’m surprised to see they’re starting the next series so soon after the first one finished.

Anyway, a few notes after the break — they’re just notes on some references made in the episode!