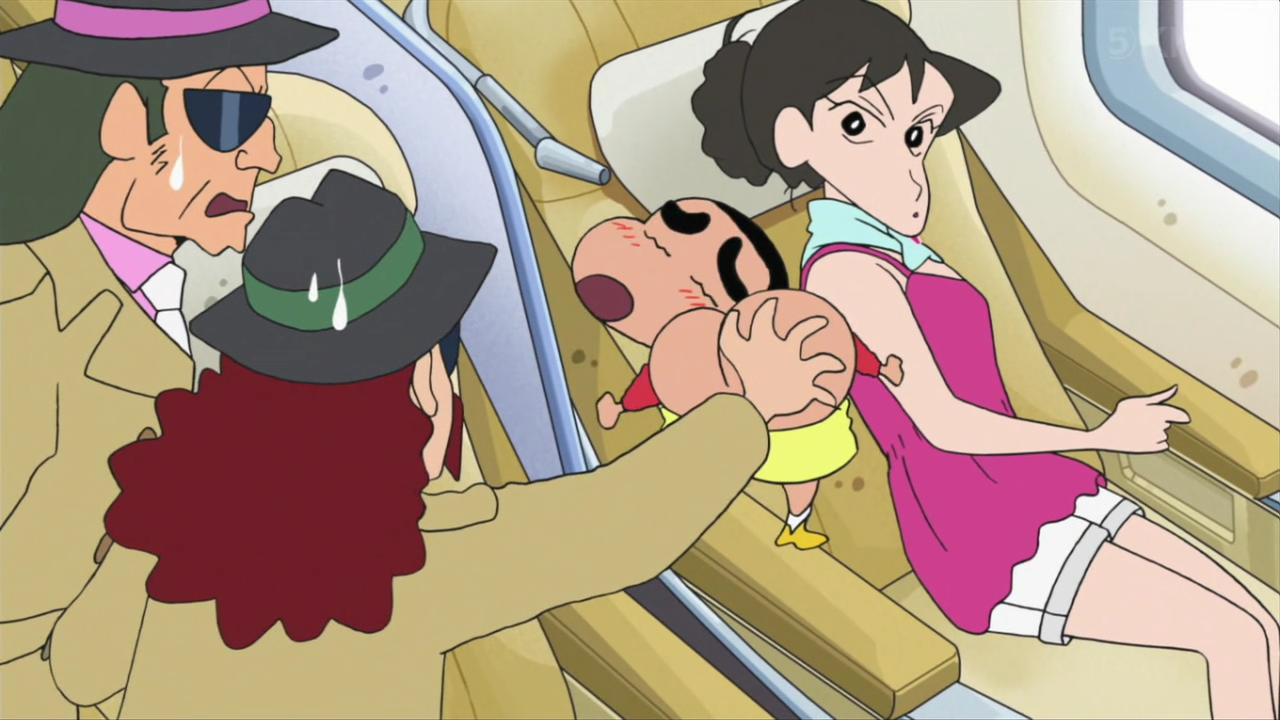 Our first TV special from this year’s first “Three-Hour Anime Festival.” The run time actually came out to be 35 minutes, so double the length of a normal episode.

I’m sorry this special took so long. I really wanted to have it done earlier in the week, but working on this was very labor intensive. The jokes are more than plentiful, there’s a new theme song (Movie 24’s ending theme), and just the length in general made this so much more draining than a typical episode.

Episode 889 has aired, so I’ll begin working on that soon. (Edit: Yeah, I won’t be able to work on it this week. It will come out eventually :<) After that, Shin-chan is off air for awhile. There’s no episode on March 18th or March 25th, and then on April 1st, they are airing Movie 23 instead of a new episode. So during this downtime you might expect me to sub some older episodes, or maybe get Movie 23 out… but it’s not going to happen. I’m moving to Japan on Tuesday and starting a new job, so I won’t be around to work on anything new for at least a few weeks. Shin-chan being off-air has conveniently lined up with my schedule. Sorry, folks.

Anyway, a butt-ton of translation notes follow this week. Enjoy!